Making the case for inefficiency

The first in a special series of posts to by Graeme Reekie to mark the release of ‘Making a Lasting DIfference – sustaining nonprofit organisations and their impact’.

Without efficiency, organisations would quickly exhaust all their energy and resources – but too much of it means they don’t have the capacity to develop. They cannot innovate, be responsive – or be sustainable.

It’s hard to argue against efficiency. Working efficiently makes resources go further, achieving more with less waste. Completing tasks efficiently should create more time to do other things. But when efficiency is driven by unhelpful pressures and mistaken beliefs it has limits which must be understood. 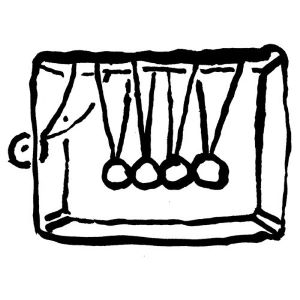 Donors, funders, commissioners and anyone else who gives money to a non-profit organisation will understandably want to know it will make a difference. They will want their monies to be converted as efficiently as possible into end results. The reality is that every business has overheads and, after 10 years of austerity, there is little extra efficiency that can be squeezed from non-profit organisations.

Pressure to reduce costs also arises because organisations have resorted to developing more projects to increase turnover as funders have become less inclined to contribute to core costs and overheads.  This has contributed to the reduction in size of the organisational ‘centre’ over the years. In extreme examples, chief officers’ posts are financed through activity-based funding, requiring them to focus their time on delivery not development. Although this can seem necessary or expedient in the short-term, it should be resisted because it reduces sustainability: quality diminishes; staff aren’t well supported; external relationships, reputation and influence suffer; and strategy and development are forgotten.

In this context, overheads, management and administration have become dirty words in the non-profit world, like they are an extravagance rather than unavoidable costs of being in business.

There are double standards at play in the market-driven paradigm that perpetuates these pressures.

The first double standard is about what have sometimes been portrayed as high management costs in the voluntary sector. For example, there have been several national scandals about chief officers’ salaries in recent years, including some surrounding the non-profit sector. The prevailing argument in commercial firms is that high salaries are necessary to attract and retain qualified talent. In the ‘voluntary’ sector this doesn’t apply, because voluntary should mean amateur and unpaid. It’s enough to be well-meaning: why would organisations need qualified and talented leaders? The other double standard, of course, is that non-profit pay scales are generally lower than the sectors of government or media that draw attention to them. This isn’t about saying non-profits are more virtuous or valuable than any other organisation. It’s saying 21st century non-profit leadership is a highly specialised and demanding occupation. It’s not a luxury that can be foregone or an inefficiency that can be done without.

The final double standard is that in the market-based world we live in, it is believed that diversity of supply leads to healthy competition and reduced costs. Until, that is, it comes to non-profits, where diversity of supply somehow does the opposite. If more than one organisation operates in a similar field this amounts not to healthy competition but to duplication and inefficient expense. This arises from the entirely understandable view that funders and commissioners wouldn’t want to fund two organisations to do the same thing. It’s also understandable that where partnerships can increase efficiency and effectiveness they should of course be pursued.

However, these views are part of the reason why it’s important to stress that sustainability is not about money, sustaining organisations, or the status quo. It is about the ability to evolve within complex ecosystems. It is the capacity to make a lasting difference. And organisations cannot evolve, adapt or respond to complex environments if they are so efficient that they have no spare capacity. Systems need spare (‘redundant’) capacity in order to survive.

For example, in evolutionary biology, the presence of duplicate copies of a gene in an organism means that one copy can adapt and mutate while the duplicate is protected. Although apparently inefficient, this has been an important force in accelerating evolution. Similarly, in the human body, having two eyes and ears means that even if one is injured we can still see and hear. In engineering, redundancy means building things with more capacity and greater tolerance than they actually need. For example, for safety reasons bridges are designed to be able to carry more weight than they will normally need to.

Other examples of redundant capacity that supports sustainability include:

As a reminder, these are good, effective, desirable inefficient things! If they are cut, organisations may save money in the short-term – but they will be less sustainable in the longer term. They will not have the capacity to make a lasting difference.

Other organisational examples of redundant capacity supporting sustainability include:

In planning, redundant capacity would include not completely filling workplans and calendars at the start of the year, ensuring there is some slack so that interesting opportunities can be pursued as they arise. Organisations may use an idea screening matrix so that staff aren’t so busy with ‘more of the same’ delivery that they miss opportunities to respond to exciting ventures that could take the organisation in new directions. [You can find examples here.]

In human resource terms, redundant capacity would include things like time for staff to take part in meetings, attend training, shadow colleagues, work on developments and have time to think.

In financial terms, it includes budgeting for contingencies. For example, payroll costs might sensibly be estimated at 120% of actual costs to allow for contingencies like maternity cover, recruitment costs, hiring temporary staff to cover vacant posts and so on.

Organisations cannot evolve, adapt or respond to complex environments if they are so efficient that they have no spare capacity.

Redundant capacity is a critical part of sustainability, because it enables organisations to adapt and change.

The Efficiency Paradox: Efficiency preserves resources but can impair development.

This is an adapted excerpt from my new book, Making a Lasting Difference. Published by Wren and Greyhound, it is available as a 220 page paperback for £14.99 from Flying Underground and from Amazon, where it is also available for Kindle (£4.99).